Beginning April 1st, Frank Family Vineyards will raise awareness and funds for Autism Speaks in honor of World Autism Month. Throughout the month of April, the winery will donate 15% of all proceeds from direct sales of our 2018 Carneros Chardonnay as well as from our “Frank for a Cause” packages featuring a limited-edition blue t-shirt and bottle of Chardonnay. Autism Speaks is the nation’s largest autism advocacy organization and our donations will help fund vital programs that increase global understanding, advance breakthroughs in autism research, expand early childhood screening and improve transition to adulthood. T-shirts are unisex and are avaialble in sizes S, M, L, XL. 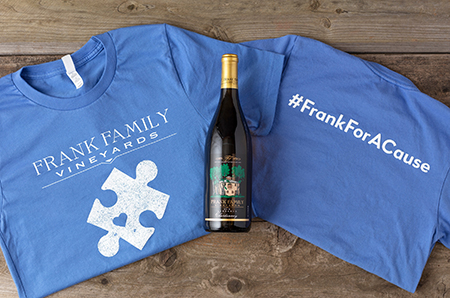 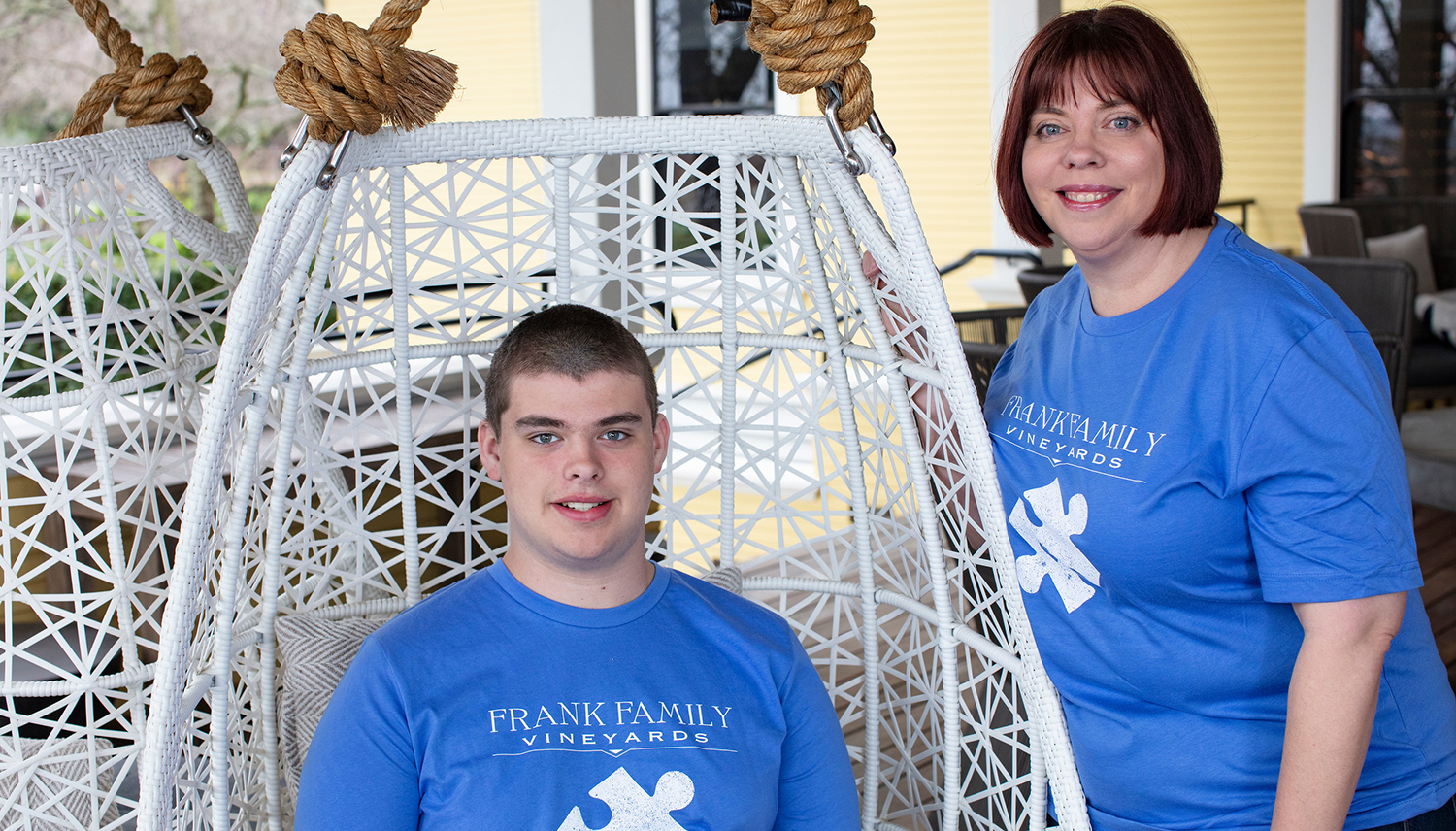 I hope this campaign, along with all the work this charity does throughout the year, helps to create a kinder, more inclusive world.

The inspiration behind our 2020 fundraising campaign is a very important staff member at Frank Family Vineyards, Jennifer Higgins. For the past 12 years, Jen has worked in Frank Family’s retail department and she graciously shares her family’s story with autism below.

I want to start by saying that we were very lucky. We noticed the signs early on. When my son, Owen was one and a half he was not speaking. He could clap his hands but not wave bye-bye. It was enough for my husband, Todd and I to voice our concerns with a nurse practitioner. As a parent, you of course want them to tell you that you misread the signs and it’s all going to be okay. But we were handed a pamphlet about the “Early Start Program” and were given a list of resources to call. I needed time to digest it all. It was difficult for me to wrap my brain around the idea that Owen could have autism. Afterall, like everyone, you picture how your life will be and this never crossed my mind.

It took me a few months to build up the courage to make the call. We brought Owen in and he received diagnosis on the autism spectrum around age two. Once the shock of it wore off, I realized just how important that early intervention was. The resources, to which there are plenty of, suddenly opened up. Owen started special education a year later where he has received personal lessons and support ever since. Now, Owen is in high school where his lessons are aimed at transiting into an adult. He’s learning how to do laundry, how to cook, and is exploring employment paths.

We’re learning that every parent stresses and worries about their kids. For us, our concerns are just different. It’s been a long journey, but we’ve accepted it. Six or eight years ago, this would have been difficult for me to talk about. But it’s our life, and it’s not something to be pitied. We love Owen for all that he is and want to see a world where people with autism can discover their true potential.

Enjoy our collection of elegant gift ideas for all your year-round entertaining and gift-givings needs. Holidays, weddings, anniversaries, and birthdays - give the gift that complements any home.