Named in honor of Rich Frank’s mother, Edythe, the Lady Edythe is a late disgorged sparkling wine with 8 years on its lees. Its intensity and concentration derives from its predominately Chardonnay base that provides classic Champenoise minerality as well as elegant citrus fruit flavors. Its acidity has been softened and beautifully integrated by the wine’s maturity, yet it still is remarkably full of life.

"An elegant and very well-crafted sparkler that displays excellent champenization both in terms of its keen autolysis and its very fine mousse, the Lady Edythe Reserve is a surprisingly lithe and lively offering nearly ten years after vintage." 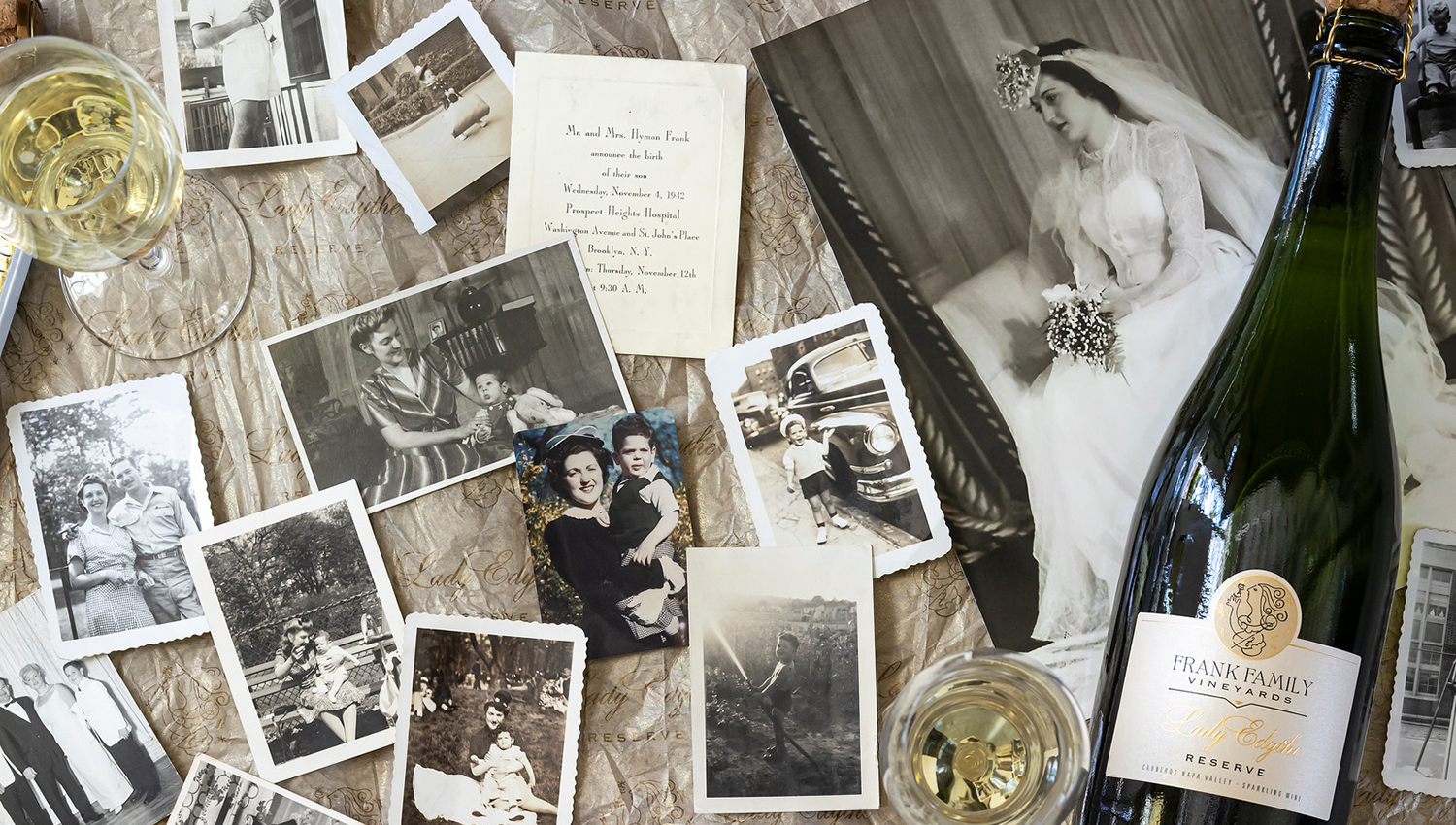 Mom was a meticulous woman. Our joke was that if you got up to use the bathroom in the middle of the night, she would have made your bed before you returned.

Rich’s father Hy Frank first met Edythe on a blind date in Brooklyn, New York, set up by mutual friends. Upon the evening’s end, Hy offered to escort Edythe home, only to discover that they lived in the same apartment building, on the same floor. Marriage followed soon after, and as America’s involvement in the War intensified, Hy responded to the call to protect American values by enlisting the United States Army. While Hy was overseas serving our country during World War II, Edythe worked at Macy’s in New York to help make ends meet, leaving young Rich in the care of his grandparents while she worked in the City. Upon his return to the States, Edythe and Hy embarked on their version of the American Dream: Hy ran the meatpacking business, leaving for work at 3 in the morning every day, and Edythe ran the home. Family was everything in the Frank household, and Edythe’s role as caretaker extended to Hy’s parents as they aged. Their home welcomed many visitors and was a staple for Hy’s weekly Gin Rummy game, in large part due to Edythe’s sense of hospitality and great cooking. She was very involved in the community, and when her dear friend Zelda Grossburg passed away due to complications with Leukemia, Edythe created a charitable foundation to help others suffering from this disease. She was also President of the local Women’s League, raising money in the neighborhood by collecting used goods throughout the year and hosting an annual rummage sale, to support cerebral palsy. In their world of Bayside, New York, Edythe and Hy raised two sons, provided for them, and instilled in them the values of hard work, humility, education, and family. All values that we aspire to every day in the work we do here at the winery.

Our sparkling wines are sourced from vineyards in Carneros, undergoing a special process that takes about five years from vineyard to consumer. With four styles, Sparkling is the smallest of our collections and can be found in our tasting room, through our web store, as part of our wine club, and by very few select retailers.